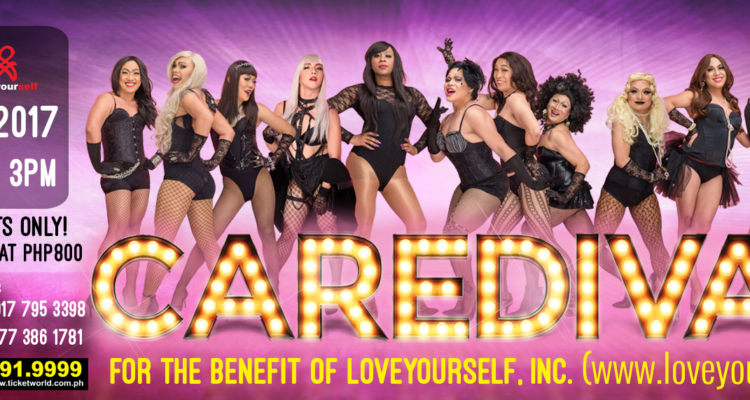 Overseas Filipino Workers (OFWs) are one of the groups vulnerable to the HIV/AIDS crisis the Philippines is facing. Addressing the plight of OFWs by highlighting and bringing awareness to their struggles, HIV awareness and advocacy group LoveYourself, in partnership with the Philippine Educational Theater Association (PETA) will be staging Care Divas, a play about the lives of five transgender OFWs.

The Filipino diaspora has brought an estimated total of 10.4 million ethnic Filipinos to seek opportunities abroad, roughly 2.3 million of which are OFWs[1]. As of 2015, OFW remittances sent home by Filipinos abroad amounted to almost 30 billion US Dollars[2], representing around more than 10% of the national economy. The Philippines is one of the world’s largest suppliers of human labor – in fact, the country is a pioneer in organized labor migration[3].

Deployment of Filipinos abroad started during the Martial Law years when legislation formally adopted a recruitment and placement program for sending Filipino workers for overseas work with the goal of “protecting the good name of the Philippines abroad[4].” The number of OFWs has steadily increased over the years, and now, the country trails behind giants, India and China, in the number of workers deployed overseas.

Migration enables Filipinos having difficulties finding sustainable local employment to find better opportunities and uplift their families’ economic conditions. However, along with the economic advantages that migration brings are various issues, including human rights issues and conditions that make migrant workers vulnerable to diseases, including HIV/AIDS.

As of October 2016, the number of OFWs who are people living with HIV (PLHIV) has reached 4,535, representing 12% of the total number of recorded HIV cases in the country. Males comprised majority of cases at 85%, 57% of which were MSMs.

The vulnerability of OFWs to HIV/AIDS is seen to largely follow the correlation between the spread of the virus and mobility[5]. At the same time, the issue of HIV/AIDS among OFWs is a contentious one, as they comprise the sector who undergo mandatory HIV/AIDS testing as a health requirement for employment. The problem of HIV/AIDS among OFWs is therefore twofold – workers become vulnerable to infection due to situations they may face from working overseas, and pre-employment HIV/AIDS testing is ethically questionable and can be used as a tool for discrimination[6].

Action for Health Initiatives, Inc. (ACHIEVE) , a non-stock, non-profit organization engaged in the development and implementation of programs addressing issues related to migration, health, gender, reproductive health, and HIV/AIDS, released a study assessing the vulnerability of OFWs to HIV/AIDS[7]. A number of predisposing factors were identified, including a problematic level of knowledge on HIV/AIDS. Most respondents have heard of what HIV/AIDS is but misconceptions abound on how it is transmitted, including the notion that it is curable and only affects certain sectors of the population such as foreigners and LGBTs. This notion gives a lot of OFWs an attitude of invincibility – they develop the presumption that it is highly unlikely that they will acquire the infection as only certain sectors can be affected by the disease[8].

Low condom use is also a problem, with only 20% of male respondents using condoms. Feelings of loneliness, homesickness and social isolation[9] brought about by being in a foreign country, away from their families and friends, intensifies the need for belongingness, increasing the propensity among migrant workers to pursue romantic relationships or engaging in paid or unpaid sex. Furthermore, mandatory testing, more than ethically wrong, also contributes to vulnerabilities of migrant workers by misleading them to feel invincible if they test negative. This is especially true for those who have been tested repeatedly in the course of their overseas work[10].

Further adding to complications, some countries discriminatorily deport migrant workers who test positive for HIV/AIDS. This may lead workers to avoid getting tested, making it more difficult for them to access information and services. Migrants end up not knowing what their HIV status is, and as a result, may unknowingly transmit the infection to others. Access to health care may also not be universally provided to migrant workers in some countries. Undocumented migrant workers may also avoid using medical facilities for fear of being detected and arrested. The lack of access to health care also contributes to their vulnerabilities to HIV/AIDS[11].

Written by award-winning playwright Liza Magtoto, the play is a humorous and heartbreaking drama about five transgender OFWs in Israel who work as caregivers in the morning and morph into drag queen performers at night. While struggling to make ends meet overseas, the characters also struggle to search for freedom, acceptance, and love[12].

Performance is scheduled on February 5, Sunday, 3:00 p.m. at the PETA Theater Center along Eymard Drive in New Manila, Quezon City. Tickets are now available. Please send in your inquiries to caredivas@loveyourself.ph or check out the Facebook event page. 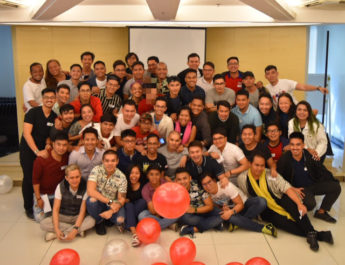 Batch Upendo – The 20th Batch of Volunteers, Starts Their Mark in the HIV Advocacy 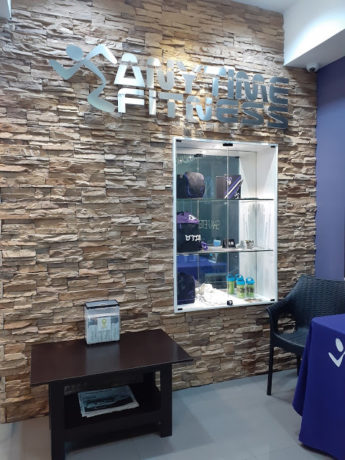