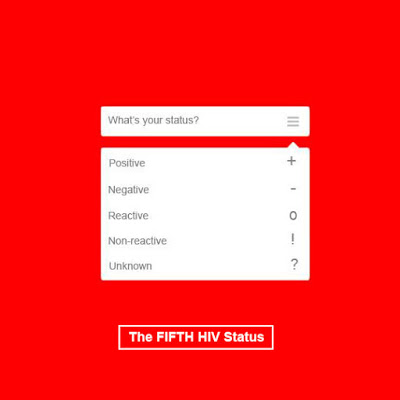 “Single”, “In a Relationship” and “It’s Complicated” are some of the usual relationship statuses we hear of. As social individuals, all of us have a relationship status – we’re any of the three just mentioned. Similarly, everyone has an HIV status. HIV status is usually a sensitive issue, kept confidential most of the time. Most people are mum about this topic due to the repercussions it entails – much of it due to stigma.

In any case, there are four types HIV status a person may have, namely: nonreactive, negative, reactive and positive. These types are not permanent and may change. Let us know more about the four types of HIV status mentioned:

Nonreactive
A  person who has undergone HIV screening and has had a “nonreactive” result means that their blood samples did not react to test procedures determining the presence of an HIV antigen or antibody. This person’s status is therefore “nonreactive”.

Though undetected, we should also consider the fact that the presence of HIV antigens and antibodies in the blood changes in different phases or time frames after the infection. This time frame is called the window period, and the duration of the window period depends on what screening or testing procedure one will submit themselves to.

Aside from the procedures, another thing to consider is how fast the body will produce HIV antibodies, a factor which is reliant to the strength of our immune system. Upon contracting HIV, the body will take some time to produce antibodies in response to the infection. At this point the viral load is at its highest and the person is at his or her most contagious phase. A person may show symptoms of illness such as fever, diarrhea, chronic weight loss, and fatigue. It is also possible that a person will be completely asymptomatic. After some time,  the body will produce antibodies to suppress the infection.  A person with a weak immune system will generally take more time to produce HIV-antibodies.

Some tests may detect antigens within two weeks after exposure, however it usually takes six to twelve weeks post-infection for HIV antibodies to appear[1]. These mentioned time frames are what the term “window period” refers to. Since the presence of antigens and antibodies depends on the disease process and health status of individuals, LoveYourself follows the prescribed 3 months  window period to ensure a more accurate test result.

A person with a nonreactive status but underwent testing within the “window period” (the client had unprotected penetrative sex within three months when he had the test) must be tested again for the presence of HIV after the completion of his or her window period.

Having this status after practicing safe and satisfying sex confirms the absence of HIV in his or her body. LoveYourself’s paradigm of self-care, the “Triangle of Self-Care”, is a three-point guide to staying negative. This can be achieved through timely testing and treatment, safe and satisfying sex, and correct and consistent use of condoms and water-based lubricants.

However, being negative is not an excuse to become complacent and engage in otherwise risky sexual behaviors. Risky behaviors such as not wearing condoms and engaging in sex under the influence of drugs and or too much alcohol must be avoided as it predisposes people to do things that might put them at greater risk of being infected. You may get helpful information and support from LoveYourself counselors or other registered HIV counselors. You can also cultivate love for yourself and surround yourself with friends who will enhance your self-worth.

This status is yielded when screening and test results reveal the presence of HIV antigens and or antibodies in one’s blood sample. At LoveYourself, we are using HIV Rapid Screening Kit which is 99.98% accurate and approved by the World Health Organization (WHO), the Food and Drug Administration (FDA), and the Department of Health (DOH).

A person with a reactive status will be informed that his or her blood sample will be sent to DOH SACCL (STD and AIDS Central Cooperative Laboratory) for confirmatory test. Similar to those who tested nonreactive or negative, those who test reactive are urged to practice the triangle of self care.

It is possible for a person with a reactive status to worry unnecessarily. While the situation can indeed be difficult, we would like to assure you that there is a community of volunteers and experts who are here to give you the help and support you need. We encourage you to speak with our LoveYourself counselors to receive more accurate information and at the same time talk about what you feel while waiting for the confirmatory test result to know if you are really Positive.

This means that you have HIV in your body. It neither means that your days are numbered nor you may die anytime soon. With advancements in medical care, science and technology, HIV is no longer a death sentence. Moreover, it doesn’t necessarily mean you have AIDS. With this status, a person will be given clear instructions to acquire baseline tests, lifestyle modifications and then treatment using medication.

The goal of antiretroviral treatment (ART) is to keep a person living with HIV healthy. With consistent and proper treatment,  the progress of HIV into Acquired Immunodeficiency Syndrome (AIDS) can be averted.

It was mentioned earlier that HIV status may change. This is true even with a Positive status. If a person living with HIV will take his or her medications and other prescribed treatment regimen, his or her status may go back to nonreactive, but will never be HIV free again. This means that the virus is undetectable because of the effectiveness of treatment, but HIV is still there. Failure to continue the treatment will still facilitate progression of the condition to AIDS. A 25-year old accountant living with HIV told me, “With the help of treatment and by taking care myself  I live normally;  more so by being knowledgeable about my condition and being optimistic.”

This Positive status carries a saddening social stigma but there are people who keep an open mind. A female administrative employee at an airport said she knows someone who is PLHIV and still finds him to be the same person he was before. A 26-year old Law Firm Secretary told us that “Yes, I know someone who has HIV, and he is normal just like us.” Truly, much has been done to dampen the social stigma related to HIV and AIDS but much work needs to be done.

Jerome, a 16-year old student and a member of the LGBT community said that he is afraid of PLHIVs. He believes that he may contract the virus even just by eating and watching movies with them inside the cinema – of course, this is not true. There are more like Jerome out there who are misinformed. Jerome, like a lot of other people,  share the fifth status.

Unknown is actually the fifth HIV status. If you know your status, you can do something significant about your condition and also prevent worse things from happening such as spreading the infection and developing AIDS. Having an unknown HIV status will not give you the power to have control over the medical condition or your life.

Raymond Rinoza, a movie actor said, “Each person should be aware that this is not an issue specific to some demographic and that it is incumbent upon all of us to be educated about this in order to minimize or even eliminate its propagation.”

Visit us at our LoveYourself clinics located at Anglo and Uni, Wednesdays through Saturdays from 12pm-7pm and during Sundays from 9am-2pm. Our friendly LoveYourself counselors will be happy to assist you.

We all have an HIV status. Do you know yours?