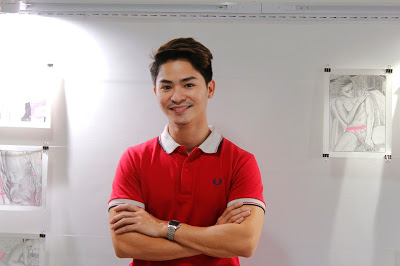 We were already at the final stretch of our hour-long interview, but Monching couldn’t help but shed tears. It was a rainy evening in June, and we were seated outside the bustling Pineapple Lab in Makati City, guests taking long drags from their cigarettes nearby.

The mood inside was celebratory. It was LoveYourself’s Pride Night 2016 event, and hundreds of LGBT members and allies gathered to celebrate love, acceptance, and freedom. Outside, it was rather sentimental as Monching revealed his touching narrative.

It was an emotional hour that didn’t seem enough to hear about the story of Monching, a young professional, a LoveYourself volunteer, a gay single father, and a relentless fighter. It was during this hour that he took this writer for a rollercoaster ride through the ups, downs, twists, and turns of his soap opera-like life.

Monching is celebrating his first year as a LoveYourself volunteer. To join the organization was a plan that took a while to materialize, and his inspiration for doing so is something familiar to other volunteers.
“I was inspired to join the organization by a friend who was infected with HIV. Sadly, he passed away even before I could join LoveYourself,” Monching shares.

“He disappeared from our group of friends, and I was the only one he opened up to about his situation. I was grateful because he trusted me, but I do get sad thinking that had I known more about HIV that time, maybe I would have been able to help him better,” he adds.

But what Monching couldn’t do for his friend then, he’s doing for LoveYourself clients now. As a LoveYourself counselor, Monching educates and helps clients go through the HIV testing process.

“So far, I haven’t had a reactive client, so I’m preparing for that. It’s wonderful to see the relief in the faces of nonreactive clients after they find out their status… But I’m also preparing myself to let my future reactive clients know that testing positive for HIV infection is not the end of the world.”

Monching adds, “I’m also able to help more people in my network because since they know I’m a counselor, they get in touch with me and I get to refer them to our clinics. I’m happy to be able to help in my small ways.”

Monching, 33, is a single parent to his son Yuan, 14. “Being a parent is really tough because you have to set aside your own dreams for your child. When I had Yuan, suddenly, all my dreams and actions were just for him.”

An LGBT parent, it’s also tough because of the discrimination in society. What I’m trying to avoid is to have my son bullied just because I’m a gay father.

Thankfully, bullying has never been an issue for his growing son, who understood early on that his father isn’t straight. Monching notes he doesn’t pretend to be straight, especially when attending school meetings and events, but he does make sure to conduct himself in ways that he’d be respected as the father of Yuan. “I wanted to make a statement that being gay is not a limitation in being a parent,” he says.

Monching had Yuan when he was 19 with his girlfriend back then. They ended their relationship three years after Yuan was born, and the child stayed with Monching and Monching’s mother. “I would say I was bisexual. When I was young, I would really have crushes on girls and have girlfriends. But I once had a male childhood friend that I also liked, and as I grew up, I noticed how my attraction for men grew stronger,” he shares.
He admits he had fears after finding out he was going to be a young father, one of which was how to raise his child given he was still a student then. Monching chose to quit school temporarily and work to raise his son. He took a job as a service crew in a fast-food joint and waited for the chance to go back to school.

Monching eventually made it back to the classroom. By that time, his son was already studying, too – and it was twice the struggle to get himself and his child an education. The call centre business was just booming in the country then, and so he switched jobs to better finance their education.
“The challenge was also to divide my time as a father, as a student, as an employee, and as a lover,” he coyly shared. “So I would work at night, and then go to school in the morning, and then go home to check on Yuan, sleep, repeat. And when I had extra time, I went out on dates.”

Four years of that strenuous routine and Monching got his degree in BS Psychology, proving not just to himself but to others as well that hard work really pays off. “Yuan graduated from elementary school and I graduated from college just one day apart. It was a happy moment, having that feeling of fulfilment as a father and as a student. It was like hitting two birds with one stone.”

The Good of It All

Theirs is a bond beautifully captured by Monching’s anecdote: “I remember when I broke up with an ex boyfriend. I was so drained, I went to my room, and I just broke down. Yuan saw me crying and asked why. I told him it was nothing and I was just so, so tired. I closed my eyes, and perhaps he thought I was already asleep. I heard him say, ‘Da, don’t worry. When I grow up, I’ll be the one to take care of you. No one’s going to ever make you cry again.’ He left the room, and I was just so overcome by emotion.'”

There are many other rewards Monching is reaping at the moment. No matter how cliche, he admits all his worries and exhaustion disappear when he gets home and sees his son. He also feels immense joy in knowing that he is his child’s hero.

I’m also happy to inspire people, especially those who are single parents – straight or not. It’s also rewarding that I have a supportive family and equally supportive colleagues that remind me of everything I’ve conquered whenever I feel so tired. It’s rewarding to be appreciated by people for the things I’ve done that I didn’t even do for myself or just to impress others.

Having gone through all his experiences, Monching shares messages he hopes will inspire single parents, gay parents, and their children. “For solo parents like me, we have to be brave and strong because someone’s counting and leaning on us. If we’re weak, how can our children draw strength from us? And vice-versa, we can also draw strength from our children.

“For gay parents, we still can’t avoid discrimination, but in whatever we do, we must remember to put our children first before men. Men will disappear, but our children won’t. We also need to be brave and we need to prove that being gay is not a hindrance to being a parent… Parenthood knows no gender.”

In tears, thinking of his very own kryptonite, Monching concludes our evening interview with a message befitting the deeper meaning of Pride Night, “For children whose parents are part of the LGBT community, keep loving your parents because they draw strength from you. Acceptance should come from you first because if not from you, and if other people keep condemning us, where else would we get the strength to move forward?” 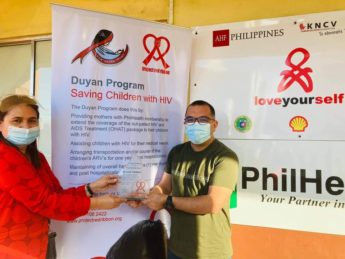 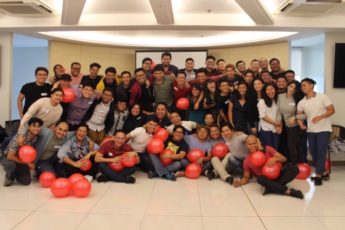