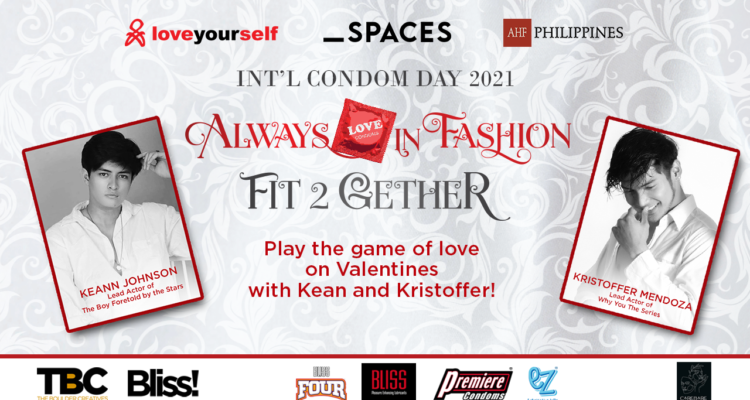 Condoms remained to be in fashion amidst the COVID-19 pandemic.

In celebrating the International Condom Day (ICD) 2021on February 13, LoveYourself, AHF Philippines, and Spaces MNL join forces to stage the Always In Fashion, Fit 2Gether online show. Despite the pandemic, they are urging governments and communities for increased access to affordable condoms to help prevent HIV and sexually transmitted infections (STIs).

Ronivin Pagtakhan emphasized, “Even with COVID-19, we need to provide holistic care for our clients to protect themselves from further harm. We need to prioritize practical options for prevention like condoms and lube.”

“Lockdowns and restrictions due to COVID-19 have been an ongoing threat to condom access, particularly in countries where stockouts and other barriers already made it difficult for people to get condoms,” said AHF Chief of Global Advocacy and Policy Terri Ford.

AHF President Michael Weinstein said, “International Condom Day gives us a platform to call for governments and public health institutions to ensure that people have the tools to protect themselves and their loved ones, which is especially important when we’re still seeing 1.7 million new HIV infections every year. That’s simply not acceptable when we have the means to distribute condoms to people worldwide to keep them safe from preventable diseases.”

To promote healthy lifestyles, the three organizations hold the first-ever Fit 2Gether, a romantic online dating game that is gender inclusive, gender-sensitive, and sex-positive. Two gorgeous searchers are up for an online date, namely Kristoffer Mendoza, the lead actor of Why You the Series, and Keann Johnson, the lead actor of the award-winning Metro Manila Film Festival, The Boy Foretold by the Stars. Competing over to impress these young men are six searchees who have different gender experiences but advocate for sexual health awareness.

Also part of this innovative and remarkable event is the annual Always In Fashion – Condom Fashion Contest. Creatives and designers were called for one mission at hand – to create a dress that is inspired and made up of condoms. Not only do they get to squeeze out their creative juices, but they also contributed to our cause in promoting awareness and prevention of HIV and other STIs.

This one of a kind online show for condom use aims to remind everyone how important it is for people globally to have access to free and affordable condoms—which are still the most practical way to protect yourself from sexually transmitted infections (STI), including HIV. Obstacles created by the pandemic have further reinforced the necessity and importance of advocacy to prioritize access to condoms.

AHF started ICD in 2008 to promote creative condom marketing and their use because condoms are still the most cost-effective method for preventing STIs and unplanned pregnancies. The annual celebration is observed globally in conjunction with Valentine’s Day—and AHF country teams worldwide have exciting and informative virtual and in-person “Always in Fashion” and “Safer is Sexy” festivities planned for 2021!

The ICD 2021 Always In Fashion, Fit 2Gether online show is presented by LoveYourself, SpacesMNL, and AHF Philippines; in partnership with The Boulder Creatives and Bliss!; sponsored by Bliss Four, Bliss Pleasure Enhancing Lube, Premiere Condoms, and EZ Lubricating Jelly; also brought to us by Carebare Naturals. 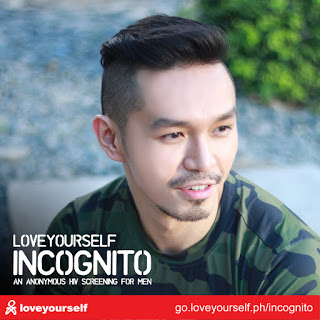 The Wit, Charm, and Passion of This is Me: Brave and Free