MANILA, PHILIPPINES—Pinoy influencers take the internet to raise awareness on HIV testing for the World AIDS Day on December 1.

The campaign aims to reduce the number of new HIV infections in the ASEAN region and reduce stigma around HIV testing. The Manila-leg had a simultaneous run in Bangkok, Thailand and Jakarta, Indonesia.

Castro said “I’ve been tested several times for HIV with friends from LoveYourself. They’re professional, accessible and easy to talk to.”

As an advocate for HIV awareness, Castro highlighted that HIV is not a death sentence. He mentioned that effective treatment is available which enables persons living with HIV to have fulfilling lives.

“We aim for early detection to control the spread of HIV. As a matter of health, it would be great if this could be a medical routine for more people,” Castro further explained.

“We are trying different approaches to HIV care and support in order to meet the 90-90-90 goal of UNAIDS, where 90% of HIV infection are diagnosed, 90% are bridged to treatment and 90% are undetectable levels or the viral level is at the lowest and suppressed,” LoveYourself founder and executive director Ronivin G. Pagtakhan.

Pagtakhan underscored, “We will not also stop intensifying our campaigns until HIV testing is viewed as a regular medical routine taken by anyone, particularly Pinoys around the world.”
TestXXX is an HIV testing campaign funded by the Elton John AIDS Foundation through APCOM. In 2017, LoveYourself implemented the TestMNL or the country’s localized version of testXXX’s campaign. 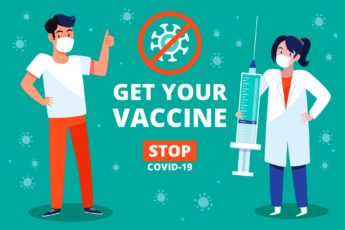