Message in a Rubber: Powerful Thoughts Behind Winning Condom Photos

“How do you take pieces of condoms and use it to convey powerful and compelling messages through photographs?”

Artists, photographers, hobbyists, and enthusiasts took on this challenge when they joined the Shoot the Rubber Photography Contest held from July 27th to August 5th, 2020, as a highlight of the first ever National HIV Prevention Month (NHPM).

Over 50 entries were sent, all creatively using condoms and lubes in a way that invokes a strong message on why they are key HIV prevention tools and how they help promote a #SaferNow lifestyle. Of these, 37 made the final cut and meticulously judged by an esteemed panel of jurors: Culture and Arts Managers of the Philippines (CAMP), Inc founder and HIV advocate Ian Alquiros, freelance photographer and artist Kraus Estanislao, photographer, LGBT rights advocate and HIV awareness ambassador Niccolo Cosme, and celebrity photographer BJ Pascual.

Ian, Kraus, and Niccolo joined in on the Condoms and Lubes Day virtual event hosted by Peachy Roberts and Omie Simbulan on August 8th, 2020 to award the winners of the competition. The judges shared their thoughts on what made these entries winners.

Kraus and Ian thought the photographs that earned the fifth and fourth spots showed creativity and balance composition and relevance in their pieces.

Kraus and Ian thought the photographs that earned the fifth and fourth spots showed creativity and balance composition and relevance in their pieces.

SJ recognized the need for access to protection especially in the time of pandemic: “Quarantine days fly so fast, number of positive cases goes really vast. As well as HIV cases, preventive measure in the midst of lust — using condoms is a must. Row towards safety or else problems will be hefty.”

Dani simply wanted to send out a stern reminder that no one “knows what’s in there until you’re positive.” He adds: “We have a responsibility as a human being, to respect and to protect the life, liberty and personal security of all people. We can start that by not spreading sexually transmitted infections (STIs) such as HIV through the proper use of condoms, it is the best method according to studies. Be a role model in practicing safe sex, don’t be ashamed to have condom in your pocket because that is normal.”

“This one really caught my eye,” exclaimed Kraus about Arjay’s entry. “Ang ganda ng sinabi niya (that) HIV does not discriminate.” This message is pretty straightforward not only in the photograph itself, but with the description that came with it.

According to Arjay: “The zipper starts to be brought down with a whining sound that rises the warm tempo of the surrounding atmosphere of desires leading everything to lustful venture towards the unchanging waves of breasts, hips, and the sensitive parts of someone’s body.”

“But before tasting the extraordinary spice of the path that you’re going to taste, completely cover the masculine elongation,” he adds. “Mask its entirety with utmost protection (condom) and make sure to avoid a leak of the liquid product of your sweaty up and down actions as failing to do so, can transform that muscular part into a sharp melee which can put you into a life-threatening storyline, either with awareness or not.”

Niccolo is quick to claim this second place winner as “one of my favorites.” He commends June’s composition and how it hit the technical aspects, but also the clarity in the way it conveyed his message. “I can imagine this as a poster.”

June can’t stress enough what condoms do, and why they’re important. “(By) using Latex Condoms is one of the most effective ways in averting sexually transmitted infections like HIV/AIDS, as well avoiding unwanted pregnancies. Uncertainties pertaining to safety brought about by smoky fluid containing the semen can be ceased by condoms as proven by researches.”

“Moreover, using of condom is considered very essential as well as beneficial to partners and couples, Stay safe, be safe!”, he adds.

What helped Billy’s photograph grab the top prize is its simplicity in execution, paired with strength in the messaging. “(The) photograph itself is simple, pero focused on condom use. Simple pero creative.”, described Ian. “Malalim ang pinaghuhugutan at napakaganda ng mensahe lalo na sa mga kabataan.”

The story, according to Billy, is one about going really deep rather than just scratching the surface. “We can’t change people, but we can plant seeds that may one day bloom in them. So let us plant in our minds to practice safe sex with the use of condoms and lubricants. With this seed that we have planted, we will grow a community that is safe from HIV and other sexually transmitted infections.” 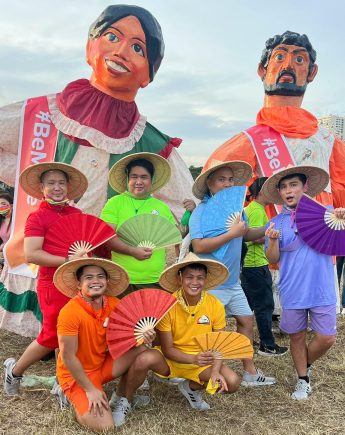 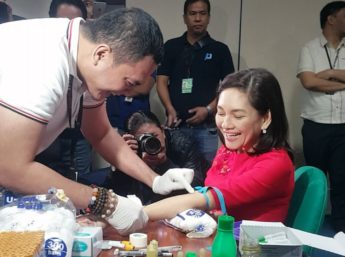 LoveYourself and the Senate: Battling the Modern-Day HIV Epidemic