Motherhood and HIV: Finding Support in the Family 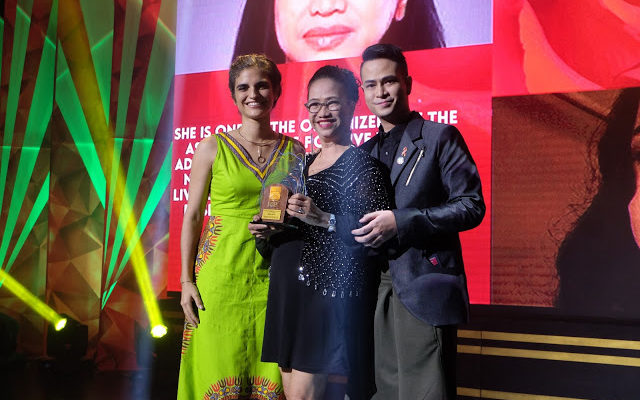 Thousands of people, regardless of gender, have been infected with Human Immunodeficiency Virus (HIV) in the Philippines. According to the HIV/AIDS and ART Registry of the Philippines, in 2017 alone there were 11,103 reported cases of HIV positive individuals. However with the steady increase of cases in recent months, the cases has yet to reach a plateau. This increase can be an indicator of people slowly taking courageous action towards knowing their status. Despite the many campaigns aimed at normalizing HIV testing, many are still hesitant because of misconceptions regarding HIV. Because of this, it has been a challenge for People Living with HIV (PLHIV) to disclose their status, and entrust their story. However, as a mother Elena Felix, ‘Nay Elena as people call her was able to receive overwhelming support from her family.

Like many parents who strive to support their family ‘Nay Elena, a mother of four, was an Overseas Filipino Worker (OFW).  She was working in the Middle East back in the ‘90s to provide for her family. As a requirement to work abroad, she underwent a routine medical exam that she didn’t barely paid attention to. Little did she know that the result of her exam would drastically change her dream of sending off all of her children to school and end her marriage with a person she was faithful to.

At a time where HIV was talked about in hushed voices and muted discussions, she kept it in the sake of her children who are relying on her. Without proper counselling that is provided nowadays, she was left in the dark with what it meant to have HIV.  Instead of thinking about herself, what she thought was her children and means of survival. In a desperate move to clear her positive status with the belief that the result was in err, she decided to go to another clinic where she was deemed negative. She was able to fly back to the Middle East later that year. However, results came back reactive when she underwent a mandatory medical exam. She was strongly advised to seek a medical institution that would care for her.

‘Nay Elena was forced to return in 1995. She was left untreated for 13 years, without any type of medical attention, and without any hope to live longer. She bore each day with the thought that her days were limited as her doctor told her.

Even when she has mustered all the courage to finally get checked and cured for her symptoms, nothing could prepare her for what happened to her. She was to undergo an operation to remove a myoma and was referred to a hospital. Her doctor advised her not to disclose her status for the process to go smoothly. At the last minute, when she mentally prepared herself, took a leave from work, and borrowed money just to get the procedure done, the doctor, without her permission, disclosed her status. The hospital told her that there were no doctors to operate on her when, in fact, the doctors backed out. However heartbroken she was, she did not lose hope.

A mother, no matter what she is going through, always thinks about her children before herself. When she first found out about her status her first thoughts were her job and her means of supporting for her family particularly the education she wasn’t able to get herself. She had four mouths to feed and she was the only person she can count on.

She never lost hope knowing that her family is behind her and despite the discrimination and injustice, her family became her rock. They kept her from breaking apart. ‘Nay Elena clung unto her family’s love and support to make everything bearable from the discrimination to her advocacy. There was a time when she was scared to touch them in fear of infecting them, but this changed when her son handed her her first grandson  and told her that the baby won’t get it virus with a kiss or a hug. This feeling put her at ease. In a time where HIV was synonymous to death, her children became her source of information. Their unwavering love enabled ‘Nay Elena to live with the family with no fear of being discriminated against. When many tend to reject PLHIV because of their misconceptions on how it’s passed on to other people, her family never thought twice to still kiss and hug her.

‘Nay Elena understands the feeling of being isolated – the feeling that no one understands what you’re going through. So, she’s been passionately advocating about the rights a PLHIV has and should have that has been long due.

Her life shows images of footprints of society, scarred by her battle with HIV that started from the time where HIV was considered a death sentence. We cannot deny that HIV is now part of our community. Without a cure yet, people adhere to treatment to live normally. For now we cannot change one’s positive status, however we can change how we view people living with HIV. As ‘Nay Elena proves, she is more than her status.

This is the story of ‘Nay Elena – a PLHIV, a woman, a Ripple Awardee, and on top of everything, a mother.