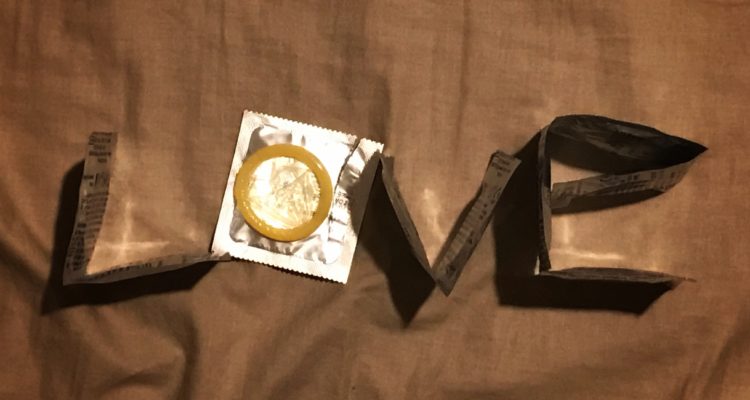 Exclusive relationships, while built on love and trust, thrive in commitment and communication. If you don’t agree, well, think of the last time you’ve had to enter into an “agreement” with your partner: Agree to do weekend movie nights together; agree to take turns in emptying the trash bin; agree to never spend “monthsaries”; probably agree to limit interactions with ex-flings and past romances; and of course agree to love each other. These and all your other examples define the rules of the relationship.

But have you two given as much thought about communicating and committing to what goes on in the bedroom? Where do the two of you stand in the subject of sex with latex? That, other than “love”, is an equally important “L” word you should agree on as a couple.

Different couples may have different takes on sex and its role in the relationship. But for those who consider it a crucial part of the dynamic, the topic of condom use is an item that must not be left out. On one hand, condom use is the simplest and easiest form of protection. On the other, the pleasure of bare skin contact may be preferred by your partner.

Whether you’ve had this conversation with your exclusive significant other, have agreed to disagree, or thinking of revisiting the topic, feel free to read on and see what it means to put the rubber on or off.

There’s DO in CONDOM…

The benefits of sex with latex can’t get any more straightforward than this: condoms equal protection. The US Food and Drug Association (FDA) has noted that when used consistently and correctly, condoms are highly effective in preventing HIV, as well as sexually transmitted infections (STIs) that are transmitted through bodily fluids, such as gonorrhea and chlamydia. They serve as a barrier or wall to keep blood, semen, or vaginal fluids from passing from one person to the other during intercourse.  If no condom is used, the germs can pass from the infected partner to the uninfected partner.

Deciding to stick to condom use seems easier for heterosexual couples whose main goal is to minimize the chance of conception. The protection against infection, therefore, becomes a secondary benefit. This is different, however, for pairings involving men having sex with men (MSMs). In the absence of the potential to conceive, only the risk of contracting HIV and STIs remain as a concern for consideration.

Various campaigns aimed at promoting condom use capitalize on the purpose of protection, and it has resulted to increased awareness. Even in a recent quick poll that LoveYourself (@LoveYourselfPh) has tweeted, up to 83% responded that condom use is preferred even when in an exclusive relationship, to ensure protection. The twitter poll reflects that more individuals understand that even if they do it with the same person, it’s best to make sure that risk is minimized by erring on the side of caution.

…But there’s also a CON in CONDOM

Robin and Lester*, a couple for three years, also share the same sentiment about pleasure. As they regularly engage in penetrative sex, they simply prefer to do it without condom, regardless if new condom variants offer thinner and improved textures. When asked if they would use condoms or not Robin said, “I’ll definitely opt not to. We both prefer it that way.”

The reduced sensation from using latex is the main con most people associate with condom use. For exclusively committed couples, the chance to get rid of having to use condoms during sex is more appealing. More people agree with Edward, Nic, Robin, and Lester according to a 2014 study by Dutch researchers: Couples in committed relationships use condoms only 14% of the time. Additionally, it’s been observed that irregular condom use was more common as relationships progressed and people were together for longer periods.

This behavior stems from the commitment to exclusivity, which applies to both love and sex. When two individuals enter an exclusive relationship, it’s one of the first and most basic concepts both parties subscribe to. When it’s time for both individuals to agree on certain aspects of their relationship, most of the conversation revolves around love and sex. Yet the necessity of condom use usually remains implied rather than defined, and most of the time by this “rule”: If both persons in the relationship consider the other as their sole sexual partner, the risk of contracting infection is decreased, and both can forget the need to use condoms. This logic, while understandable, tend to dismiss the purpose that condoms serve: protection and precaution during sexual activity, regardless of exclusivity.

So, Gloves On or Off?

Condom use is a matter of choice. When making this decision, it’s best to consider which bears more weight in the dynamics of the relationship, according to Denis Cruz, Clinic Coordinator at LoveYourself Uni. Yet, while recognizing the role of pleasurable sex in keeping a relationship healthy and active, Cruz also injects a reminder that protecting your partner must never be downplayed. “Couples engage in unprotected sex because they trust their partners,” explains Cruz. “But trust shouldn’t be the only foundation of a relationship. It should also include their well-being.”

Is it really worth it exposing (one’s self and partner) to all of these possible infections?

When considering your partner’s well-being, Cruz emphasizes that condoms not only protect against HIV, but other sexually-transmitted infection (STIs), some of which can be passed on in as simple as a skin contact. “Is it really worth it exposing (one’s self and partner) to all of these possible infections?”

With this regard, Cruz goes back to LoveYourself’s Triangle of Self-Care as a practical basis when discussing condom use within the relationship: Correct and Consistent Use of Condoms (and water-based lubricants), along with Timely Testing and Treatment, help ensure that sexual partners experience Safe and Satisfying Sex.

One last thing to bear in mind, as with every decision you make as a couple, the choice whether or not to use a condom should be discussed between both parties in the relationship. Both of you should communicate your beliefs, inhibitions, concerns, and convictions to come up with an agreement you will both commit. All things considered, what’s ultimately important is that your decision on the context of latex should be one that will help make your love—and your love-making— last. 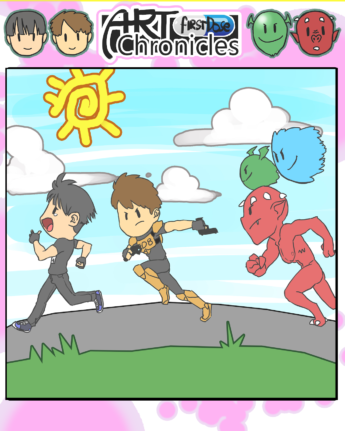