Lighting Up the Community

The fight on human immunodeficiency virus (HIV) continues alongside the battle with COVID-19 as the nation observed the Philippine International AIDS Candlelight Memorial (PIACM) on May 17 for Light Up, an online concert ceremony.

Following the imposition of the physical distancing, the Philippine HIV community gathered virtually for “Light Up” in commemorating the lives of people we have lost to HIV and celebrating the progress we have made through the years in our fight against the disease. Hosted by Tim Yap and Patrixia Santos, the online event was streamed on the PIACM Facebook page.

Highlights of Light Up included the inspirational messages from UNAIDS Goodwill Ambassador for Asia and the Pacific and Miss Universe 2015 Pia Wurtzbach, and staunch HIV advocate, Miss Universe 2018 Catriona Gray.

Despite these trying times, we light up each candle as a symbol of our stronger faith and serves as a pint of hope that we all need right now.

We remember. We take action. And we live beyond HIV/AIDS.

One of the event’s highlights was the formation of the Red Ribbon video message, which emphasized health as a basic human right. The call was conveyed by various movers in the HIV advocacy, including actress Cherry Pie Picache, Senator Risa Hontiveros, Directors Melvin Lee and RS Santiago, health experts, community leaders, and other influencers.

Towards the end of the concert, the Light Up My HIV Story photo essay contest winners were announced. Winning the first place was Anthony Louie David with his photo essay entitled: “Unconditional Love.” Kael Mata’s “Salamat HIV” entry took the second spot, and Alliah Nicole Tabarangao Sayo, whose piece was entitled “Think POZitive” got the third place.

The concert concluded with the exceptional performance by Lea Salonga, Morissette Amon, Jed Madela, Radha, and many more artists singing “Seasons of Love.” The concert gained 36 thousand views just after Light Up streaming has ended. 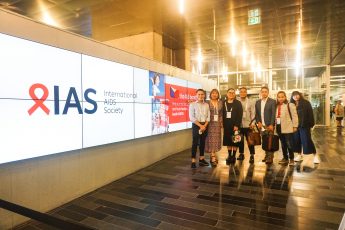 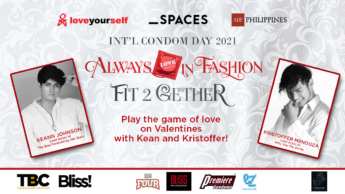