In the eighth month of community quarantine, November brought us a number of natural disasters as consecutive typhoons Rolly, Siony, and Ulysses hit Luzon. The Bayanihan spirit was seen again in our fellow Filipinos as they helped each other during the times of calamity.

This sparked LoveYourself, Inc., led by its Executive Director Ronivin Pagtakhan, to open its doors for donations and support to be given to the victims of this heart-retching disaster in the country. The organization decided to launch a wide-posting announcement through social media to call the volunteers and other people’s attention to send an in-kind donation to any of LoveYourself Community Centers. Another option is to drop off relief items to the nearest Champion Community Centers in the country, so that they can gather enough rations to distribute especially to those who are in dire need of help among the affected areas.

“[We] would like to support them so that they can be empowered again and stand up from the adversities that came their way. We hope that our kababayans can provide and assist us in our efforts to provide relief to fellow Pinoys who are affected by the typhoon” Ronivin Pagtakhan noted as he coordinates with other community centers.

Donations from different places came drastically through our extended connections; thus, no time has been wasted as our staff immediately acted and gathered the donated goods and boxes of clothes to divide into as many as possible, prolonging their stay in the office after the working hours to help in repacking. Their actions may have been small, but it managed to create a ripple of positive actions as people, who have seen the posts, have heard our pleas and extended their hands out to these people affected.

Donating is still open for the public as the organization is yet to finalize the collected donations. To call everyone’s kindness, if someone wants to help out for the benefit of the victims of Typhoon Rolly and Typhoon Siony, just drop off donations at any LoveYourself Community Center and we will coordinate with our partners and LGU’s for appropriate distribution. LoveYourself prefers to accept goods over cash so that the rations will be given directly to the victims of the typhoons. 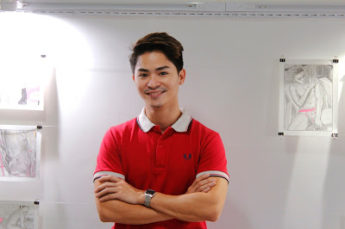