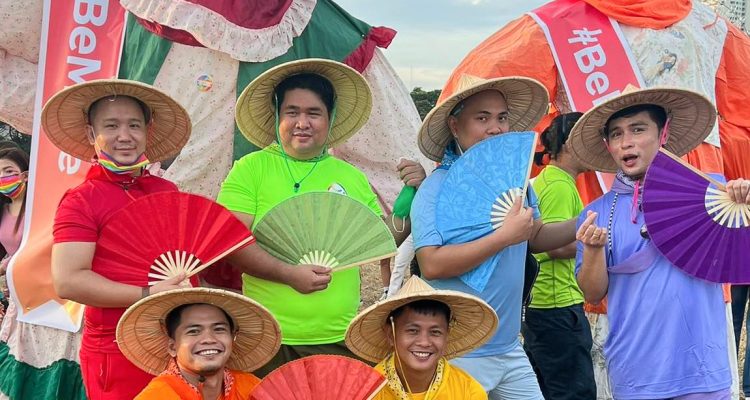 The physical Pride March was stalled for almost three years, highlighting the pressing issues surrounding the LGBTQIA+ community here in the Philippines just online.  For safety purposes, the colorful march held every June was put on halt due to the on-going COVID-19 pandemic.

The face-to-face Pride March celebration finally pushed through last June 25, 2022 at the CCP Open Grounds.  Organized by the Metro Manila Pride and dubbed as “Atin ang Kulayaan, Makibeki Ngayon, Atin Ang Panahon”, the event emphasized on remembering the history of Pride and what it really stands for the LGBTQIA+ community.  Likewise, it challenges the community to set free our own “colors” to safeguard the ideals Pride March espouses especially in this era of historical revisionism.

LoveYourself is back at Metro Manila Pride!

Since 2014, LoveYourself has always been an active participant in most of the Metro Manila Pride March.  And for this year, the organization has returned to Pride March by offering innovative services during the event with the help of the Thinkbox Team as well as our volunteers.

Aside from providing free condoms and lubes during the event, the Team also distributed free HIV self-testing kits via the SelfCare program.  Qualified Attendees have the option to use the kit onsite or do it at the comfort of their homes.  Sign ups were easy and automated using the SelfCare platform through the Facebook Messenger page.  A total of 110 qualified Attendees were provided free SelfCare self testing kits, including merchandise such as tote bags and shirts.

The event has likewise turned into a reunion of sorts for the Volunteers of LoveYourself who majority were unable to physically see each other even at the Community Centers due to the COVID-19 pandemic.  The Pride March event has solidified the relationships among the Volunteers as well as their commitment to the Community they serve.

No Metro Manila Pride March will ever be complete without the presence of LoveYourself’s very own Rainbow Rat!  The Team of Volunteers come up each year with innovative and creative costumes to represent the colors of the LQBTQIA+ flag.  From their debut in the 2014 Come Out for Love Metro Manila Pride March, the Rainbow Rats has now become a staple during this event.  According to Reydante Banag, one of the members of Rainbow Rats, they base their costume concepts either from the Pride March theme or whatever is trending in the pop culture of that particular year.

The Rainbow Rats want to use their costumes as a way to initiate a fun and sometimes quirky way of discussing LGBTQIA+ issues including HIV awareness and prevention.

Since the theme of this year’s March is all about preserving our history, what better way to showcase this than through a modernized version of the Katipuneros who are now fighting for the LGBTQIA+ Community’s rights.

The Rainbow Rats hopes to see each member of the LGBTQIA+ Community freely expressing their own true colors without fear of discrimination through this Pride event.

Pride March celebration will only gain meaning if it truly highlights the different issues the LGBTQIA+ community is currently facing.  Though there already have been huge accomplishments since the inception of Pride March, there is still much work to be done to achieve our dream of a society free of discrimination against our Community.  We need to embrace our Community’s history and strive to use our own unique colors to move forward in promoting the LGBTQIA+ advocacy. 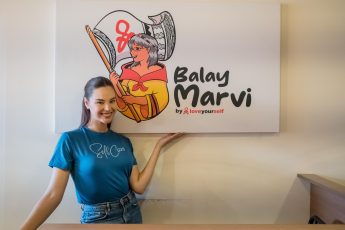