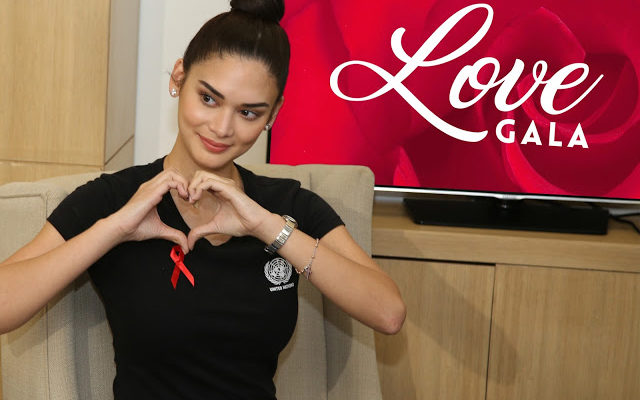 Miss Universe 2015 and UNAIDS Goodwill Ambassador for Asia and the Pacific, Pia Alonzo Wurtzbach, made the heart sign with her hands after being named on Wednesday (9 August) as the first-ever ambassador of “Love Gala.”

Love Gala is Asia’s Premier Charity and Awards Gala event, which will serve as a donation mechanism to support the HIV and AIDS advocacy, and will honor ten (10) outstanding individuals at “The Ripple Awards” for their exceptional contributions in raising the level of HIV and AIDS awareness in the country.

“We hope to see an increase in HIV awareness, spread love for people living with HIV, and make HIV testing among Filipinos a normal part of their health and wellness routine,” said Ms Wurtzbach. “I believe we can strengthen our bonds and achieve our shared goal of ending AIDS in the Philippines, Asia-Pacific and the Universe.”

The first Love Gala will be held at the official city partner of Taguig on 1 December alongside the celebration of the World AIDS Day.
It will also feature a fashion show by top Philippine designers, a star-studded mini-concert, and a special auction.

Meanwhile for the “Ripple Awards,” the Love Gala organization will only be accepting nominations until 31 August 2017.

To nominate, click the link: http://lovegala.org/nominate-now/. Nominees will be screened based on their initiatives to create ripples of positive change that greatly influence the domestic and global HIV and AIDS advocacy.

The gala is a collaboration of private and public institutions and youth-oriented organizations, which was espoused by the Better Together Organization. It also aims to augment the efforts to normalize the HIV and AIDS advocacy to a larger audience.

“I believe we can strengthen our bonds and achieve our shared goal of ending AIDS in the Philippines, Asia-Pacific and the Universe,” says Ms Wurtzbach. 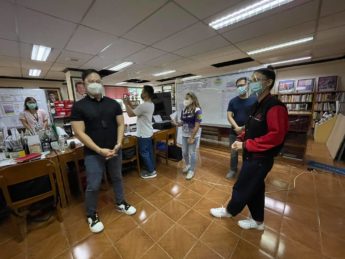 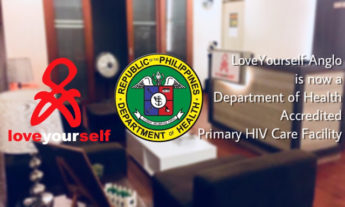