Blood is the lifeline that flows through the body. It nourishes and transports waste products to appropriate filtering organs. In the past year, there have been reports1,2 of increased donated units that have tested reactive for HIV after screening consistent with the rise of HIV infections in the Philippines. However, there have also been accounts of nonreactive men having sex with men (MSM) who have been deferred from donating blood on the basis of their sexual orientation.

Reiner, a registered nurse in Pampanga, was a yearly blood donor ever since his college years, being part of organizing bodies in blood drives as well. In March 2017, a friend reached out to Reiner to donate blood for a relative who badly needed it. During the screening interview, everything went smoothly as he did not have any tattoos, piercings, or travelled out of the country in the past two years. Reiner was overall a healthy person. The screener then asked about his partner’s gender, and when the interviewer found out that his partner was also male, his application form was set aside with a pile of unorganized documents. He was told that there should be a year interval since the last same sex sexual contact before donating.

A similar experience was noted by Watson in May 2017 who, on a whim, wanted to donate blood after seeing that there was a blood drive in a mall in Pasay City. There was a screening question that asked if he has had sex with an MSM in the last twelve months. His last sexual contact was in December of 2016. Watson got deferred from donating until January of 2018 despite showing records of his nonreactive HIV test results of two weeks prior.

As a person who has a healthy sex life, following the triangle of self care, you decide that you want to become a regular blood donor. What would be some of the things that you should know before making this decision?

How do my sexual activities affect my eligibility to donate blood?

Not all blood may be beneficial to the person receiving it. As such, blood donation centers need to properly screen potential donors to ensure the collection of safe and healthy blood. Some of these screening questions may ask about your sex practices. The following may be subject to temporary, indefinite, or permanent deferral from donation depending on the center’s protocol:

A temporary deferral would require you to wait until a specified date before donating blood. This is to rule out your nonreactive HIV status as not being within the window period. It is important to note that blood donation centers may consider a wider window period than that advised by your regular HIV testing site.

An indefinite deferral would require you to wait for an unspecified amount of time before being eligible to donate blood. Most people who have had contact with an MSM would fall under this category if your center follows the DOH Guidelines for Blood Donation.

A permanent deferral would prohibit you from donating blood in your lifetime. This may be due to your condition being irreversible unlike an acute bacterial infection. Since the blood will be stored in optimal storage conditions, viruses and bacteria can still survive despite it being outside the body. If you plan on becoming a donor, communicate with your local blood bank for further details.

Can I know my HIV status after donating blood?

You will only be notified if the blood donation center has found any abnormalities in your blood. The abnormalities can relate to HIV infection or other screening tests the center does to ensure the safety and security of their blood bank. The notification will depend on the protocols of the center you donated to. Thus, if you have any concerns, it is best to coordinate with the center. If your blood turns out to be normal and healthy, you will not be notified.

However, due to HIV testing being a voluntary screening procedure and it being confidential, you will not be informed about what kind of abnormality was found. You will most likely be called back to the center to be properly informed and counseled about its implications. When it comes to HIV status, it is best to get tested regularly in a separate testing center instead of in a blood donation center.

LoveYourself offers free and confidential HIV testing, pre- and post-test counseling, and treatment for all regardless of sex, age, religion, sexual orientation, and gender identity and expression. Moreover, LoveYourself Anglo offers life coaching services for newly diagnosed PLHIV clients enrolled in its treatment program to guide them in their journey toward acceptance of self and proper health management. 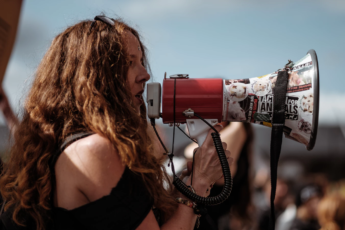 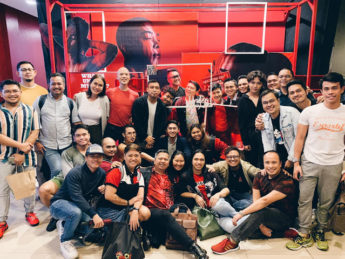 A Performance That Truly Got Under My Skin