Noel (not his real name) is a college student who got himself tested in March and he was brave enough to share his experience in getting tested.
Just like most people, Noel was nervous when he first got tested. He even described himself as broody while waiting for his turn. But after that first time experience he says it’s like he’s grown for the better because he plans to take care of his health by regularly getting tested.

“I want to take care of my health because I there’s so many things I want to do and I have to make sure my health is as well as my drive. That’s why I really plan on continuing getting tested ‘regularly’ to be safe” Noel promised to himself.

Getting tested every three months is best for the test to be 100% accurate. Because it’s after that period of time that the body has produced enough antibodies to be detected by the test.

In April, Noel got himself tested in LoveYourself Welcome for the second time. He came back three months after his first time getting tested in November.

“Last time I got tested my counselor and I talked about my sex life and HIV. It’s because he told me about the window period that I came back here (LoveYourself Uni)” Noel told. The job of a counselor is to educate their patients about healthy sexual life style and encourage change to the patient that is in their best interest.

“It’s not a hassle for me at all because it’s just every three months and the test itself is quick. Another is that getting tested here (LoveYourself Welcome) is fun because of the volunteers, they’re really funny. I think it helps to lighten up the atmosphere” Noel told.

“Timely Treatment and Testing”, from the name itself doing it TIMELY is the most important thing. Which means getting tested after the window period to effectively monitor one’s sexual health health.

TSC belives that treatment adherence and lead to prevention of HIV transmission for People Living with HIV (PLHIV). Mathew (not his real name) is in his thirties and for two years now, he’s been living with HIV. He says that he had make some changes in his lifestyle to cope with his situation.

He says in the first month of his treatment he would get sleepy whenever he would take his medication.

“It was very taxing for me especially for my job which requires me to work past midnight” Mathew said.

So he scheduled his medication where his work will not be bothered. “I would take my medications every day after work so the sleepiness will work when I get home” Mathew enthusiastically said.

Over time those side effects subsided, but Mathew still takes it at the same schedule. He’s very careful not to miss a single dose that’s why he has an alarm set up. Mathew would always take it with an empty stomach, and after two hours would eat.

For PLHIV taking their treatments is of the utmost importance to keep their immune system up. To reach an undetectable status, it is important to pursue treatment through antiretroviral treatment (ART) to prevent the advancement of the virus. ART help mitigate the spread of HIV in the body as low as possible until that person reaches an “Undetectable” stage a stage where a person can no longer transmit the virus through unprotected sexual contact and breastfeeding.  Currently, Mathew goes on with his life as if he’s just like everyone else “I still value and love myself. I still work and in pursuit of my dreams” Mathew said calmly.

All these people went through their own journey that made them realize their own reasons to take care of themselves more than they used to. LoveYourself offers free and confidential HIV testing, pre and post test counseling, and treatment for all regardless of sex, age, religion, sexual orientation, and gender identity and expression. Moreover, LoveYourself Anglo offers life coaching services for newly diagnosed PLHIV clients enrolled in its treatment program to guide them in their journey towards acceptance of self and proper health management. 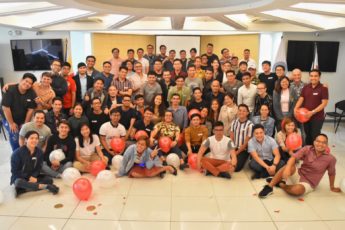 Transcend by LoveYourself Raises the FLAG with Accenture 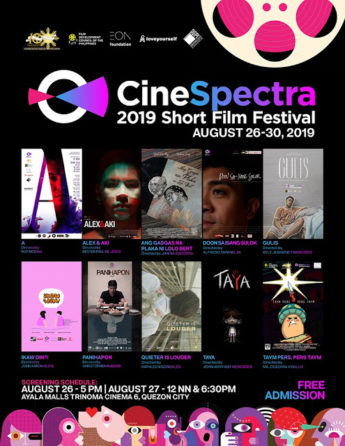