Celebrating 2019 at Kink: The LoveYourself Ball

LoveYourself has had a jam packed year this 2019. Spearheading new projects, events, and campaigns, its stronghold of volunteers have been hard at work to spread love and create ripples of positive change in the Philippines. On December 7, 2019, volunteers gathered to look back on the year that was with merriment and recognition at Kink: The LoveYourself Ball.

LoveYourself also launched its response to the mental health service gap in the Philippines called Flourish Circle. As a community-driven initiative, it aims to use peer support as a framework to mediate depressive, anxious, and suicidal thoughts through a 12 session program.

Beyond the days of its operations, events and campaigns have been hallmarks of the organization to keep the HIV advocacy in public consciousness. With fundraising and awareness efforts like ETUF Fashion Auction, and the second Love Gala: Courage Amplified – Asia’s Premier Charity and Awards Gala, LoveYourself continues to make itself known.

Hot Nurses of Pinas and KYS (Know Your Status) and Play were also  monumental campaigns for the organization, working with community based organizations nationwide for National HIV Testing Day.

The landscape of the HIV advocacy was also forever changed with the introduction of Pre-Exposure Prophylaxis (PrEP) this year. A daily pill that protects from HIV infection among people with a nonreactive HIV status. LoveYourself’s partnership with Hi-Precision Diagnostics also made it available to those who cannot access LoveYourself Community centers.

All of these wonderful things wouldn’t not have been possible without its passionate volunteers. At Kink, outstanding volunteers and staff were recognized for their efforts in the advocacy with the Love Award. 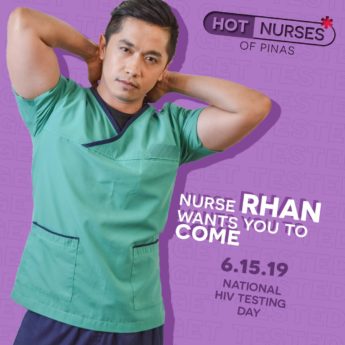 Get Pricked by the Hot Nurses of Pinas: Basics of HIV Screening 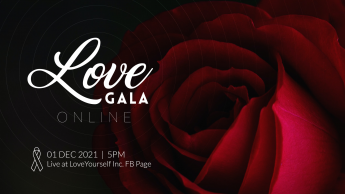